Because I feel the need to brag, I have decided to post something.

I know. I'm filled with humility.

I have probably talked before about how when I grew up my mom didn't usually help with Halloween costumes. You were on your own. Not because she didn't want to, but because she had nine kids...
Basically, it has lead me to believe that the very best costumes are the ones that come from the bowels of your imagination. Pieced together with duct tape and elastic.  Yes, the homemade ones.

This year, I did have one child elect to use a costume we already had on hand (that we were given about 4 years ago and which FINALLY fit).

I present Anna as Mulan. 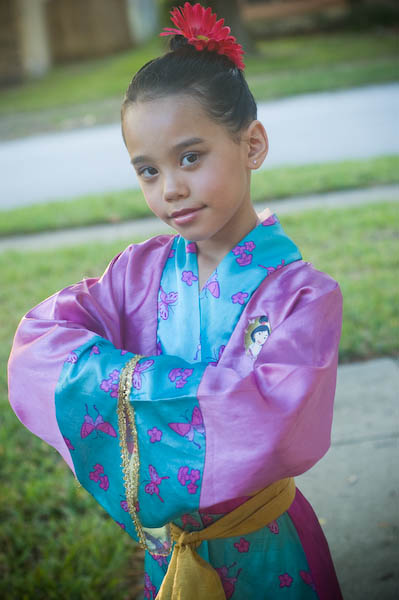 Might I add that she doesn't actually like the movie Mulan; she thinks it's too scary.
And yes, she's wearing makeup. In keeping with the tradition that my mother allowed, my girls are permitted to wear makeup one day per year: Halloween.

Lucas's costume was an easy recycle from a couple of years ago. Totoro. 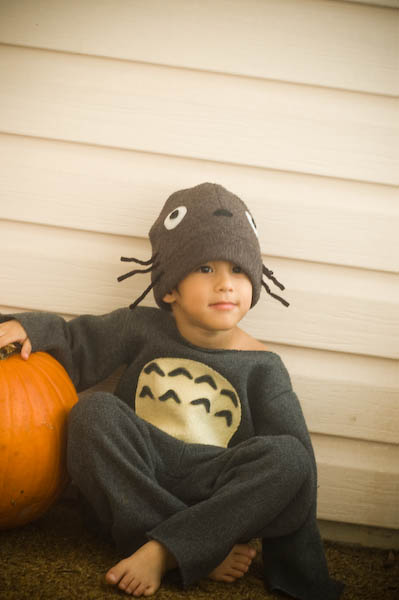 He's such a little squirt that the hat totally swamped him and no one knew what he was... which didn't bother me in the least. I like the obscure.

The only instruction I gave Abbie on choosing a Halloween costume this year was to encourage her to choose a literary character.  Having just read both Little House in the Big Woods and Little House on the Prairie, she immediately selected Laura Ingalls. 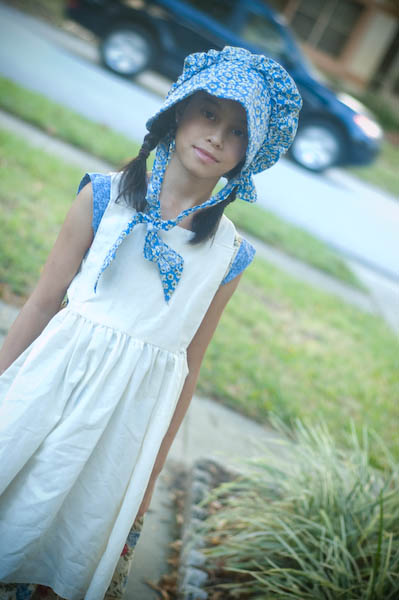 And while I realize that her costume isn't exactly period correct, we sure tried. And also, yikes. I'm in trouble. Check this girl out: 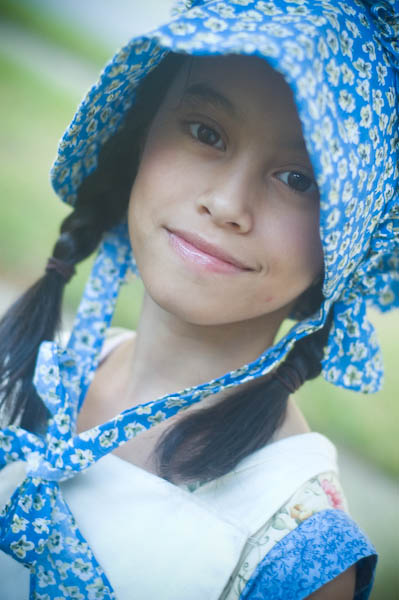 Miles wore an entire 14 piece ensemble that I spent a really long time agonizing over and working on. I sewed him a vest and gun holster (of my Dad's design). We borrowed chaps, boots and a gun.  He also had a hat (not pictured because it was in the back of Matt's car who wasn't home from work when these pictures were taken). 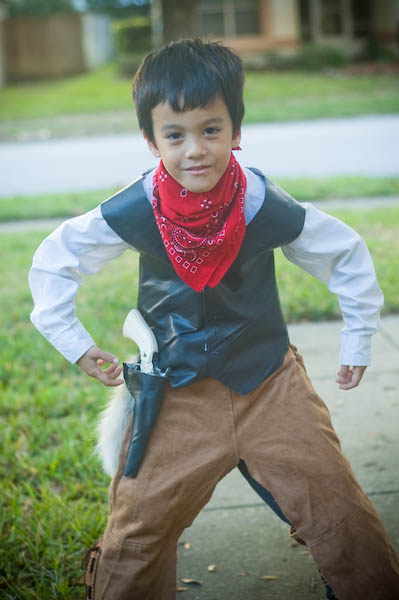 He would like you to know that he is NOT Woody. And yes, it is time for a haircut.

And finally, my crowning glory. Libby as Octopus. Wait, you're on Pinterest, right? If so, follow me!
At any rate, I found this costume idea from a link on Pinterest.
I must admit, I think my execution is better. Also, their octopus has 10 legs. 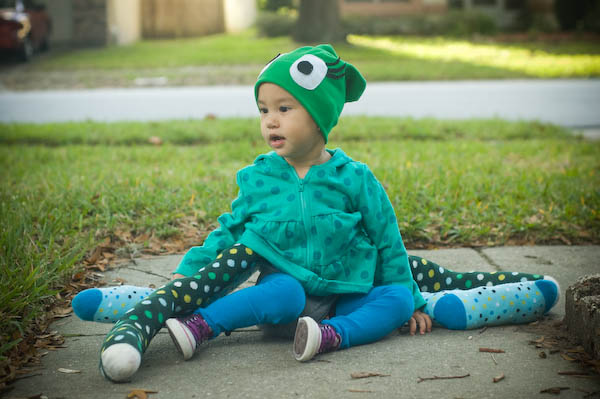 I filled the polka dotted socks I had lying around (supposed to have been turned into Babylegs for Lucas) with grocery sacks (I'm so green) and used safety pins to attach them to a harness I fashioned out of elastic. Safety pins, so I can use the socks again. The hat was whipped up out of some rib knit and felt. 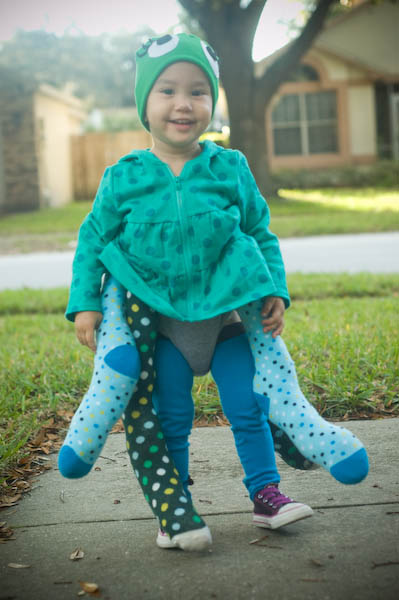 It was pretty much the most hysterical thing anyone had ever seen. It helps that Libby's so tiny that it blows people away when she runs up to their door, holds out her bucket and says, "Trick Treat" just like a big kid. Then a "Thank You!" and a "Bye!" with a wave!  I love this girl so much. 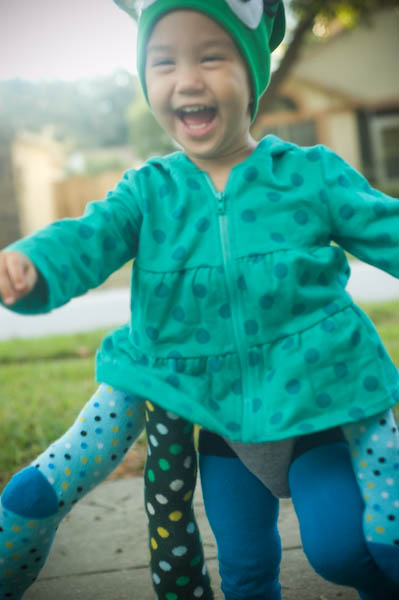 Her joie de vivre is infectious. Absolutely.
Posted by Alissa at 9:57 PM 3 comments: