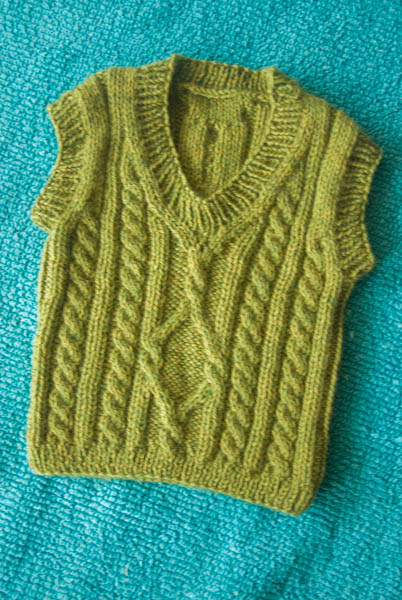 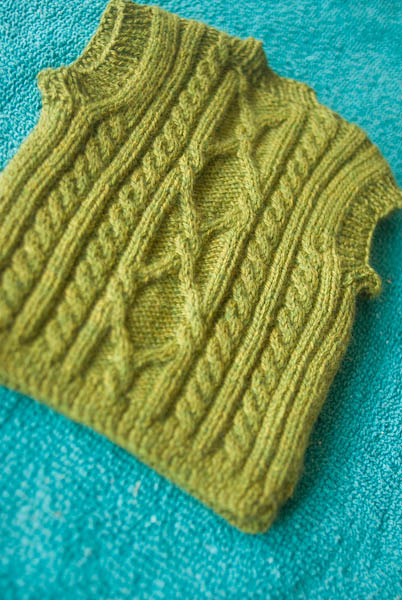 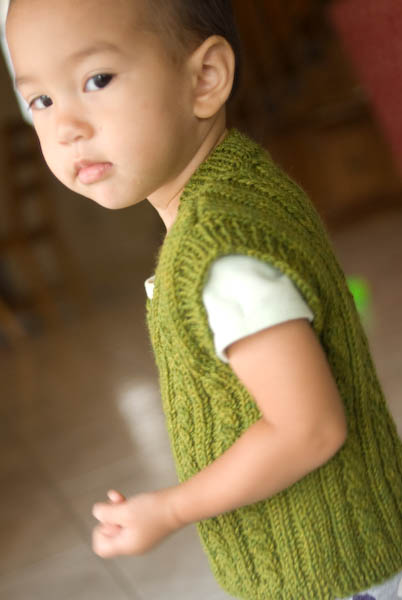 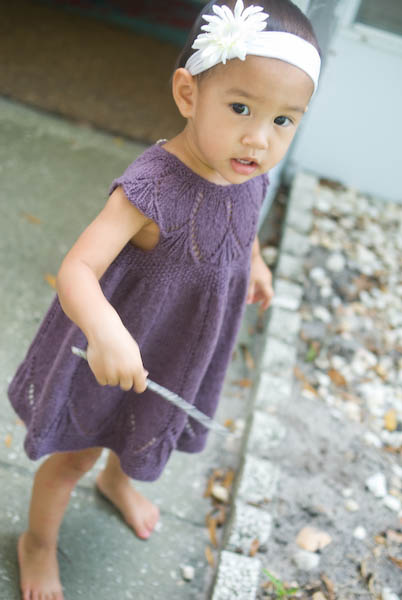 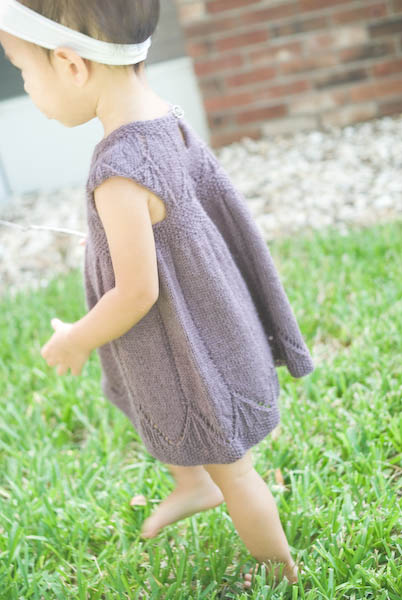 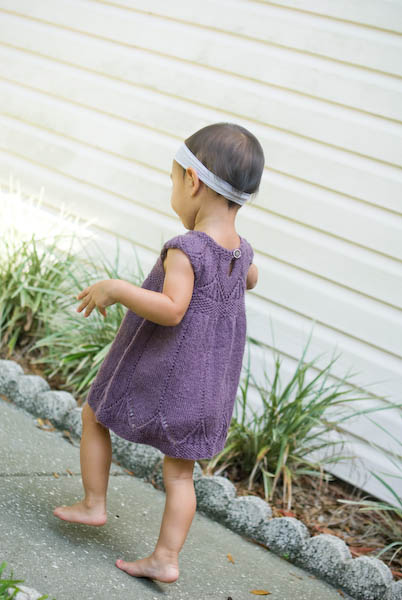 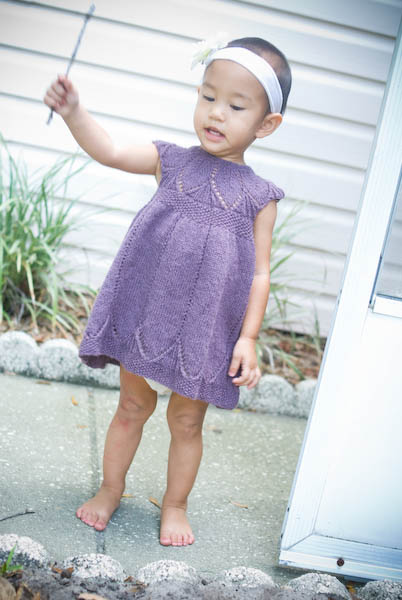 I'll be back with more knit items soon.
Posted by Alissa at 9:40 AM

Wow. That dress is so gorgeous. Can't wait to see what else you've been working on.

That dress is so stinking cute, I'll bet it almost makes you want to have another baby who could wear it.
p.s. Love the header

seriously?!?!? The vest is adorable. that dress? in love! I look at your stuff and think I should learn to knit. Then I look again and realize nothing would ever look as good as yours and I'd just be bitter and frustrated. You're amazing.

SO so cute! Add a long-sleeve Tshirt and leggings and it'll be good through the winter too!! :)