Should have hired someone.

Yes, I am admitting this. I should have hired a photographer. Not that I can't or don't take pictures that I love. It's just that you lose track of time and you're absolutely exhausted. Every ounce of inspiration is gone. Spent, instead, on making the food for an entire little person. Good enough excuse?

I do still have the hope of getting a couple more shoots in (perhaps even some with ME in them... tho, don't hold your breath) before he isn't teeny tiny anymore, but I fear that ship has sailed. What we're dealing with now is the fact that Lucas LOVES to be awake. And I'd prefer him to sleep.

Enough excuses. Here's what I've got for you. 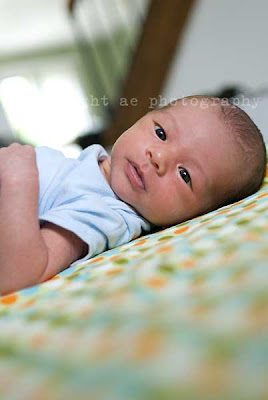 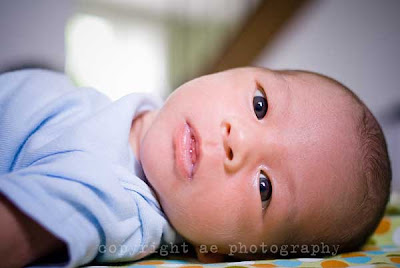 You know how babies faces and appearance change SO much those first few weeks. I've been trying to keep up. 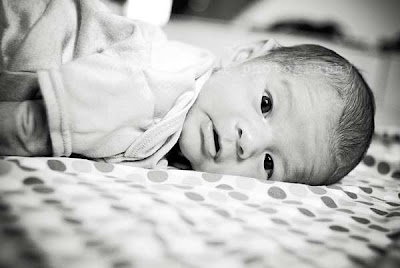 I really love his expression in that one. Oh, and this one... 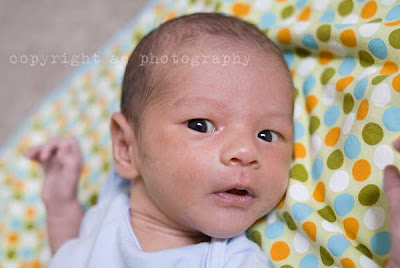 And some sibling shots. 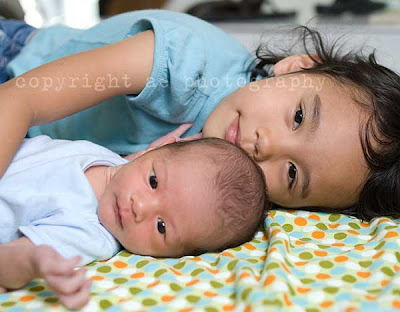 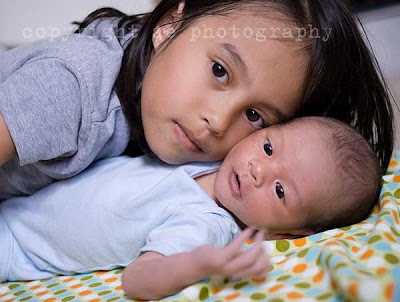 And really. Nothing says, "Love" like a big brother offering a little brother his adored thumb. 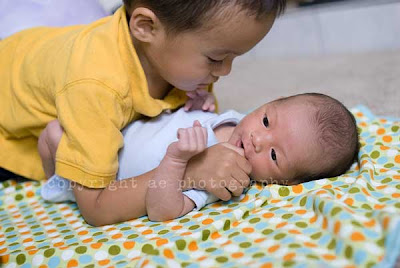 But no, he wasn't actually offering it. It just looks like it. And for those wondering, Miles LOVES him. I was really worried that there'd be problems. But so far, so good.
Posted by Alissa at 8:53 PM

AWESOME!! He is adorable. I'm glad you're pleasing the people and taking pictures of your new little guy. I adore that last picture.

he's so beautiful!! seriously i could just stare all day.

So cute! I LOVE that black and white one.

He is just so sweet. Sigh.

What a gorgeous babe! You are truly blessed!

such a handsome boy. sweet pictures. good luck with getting enough sleep. you're in my prayers.

I'm there with you. . .everyone else's baby has more photos than my own. I thought I would have taken more but I was so dang tired! However, these with the polka dot blankie are adorable!