A couple of months ago, Matt and I realized that we have NEVER, not ever, in our entire parenting experience left our children for an overnight getaway. And by golly, we needed to do that. Anytime we've taken a vacation we've had a young baby that has come along.

Fortunately, our children have all extricated themselves from my bosoms and I am once again a separate entity. Also, we have some amazing friends who volunteered were drafted to watch our children while we went off galavanting across the globe for an entire week. Yes. 7 Nights of uninterrupted sleep.

So we did this: 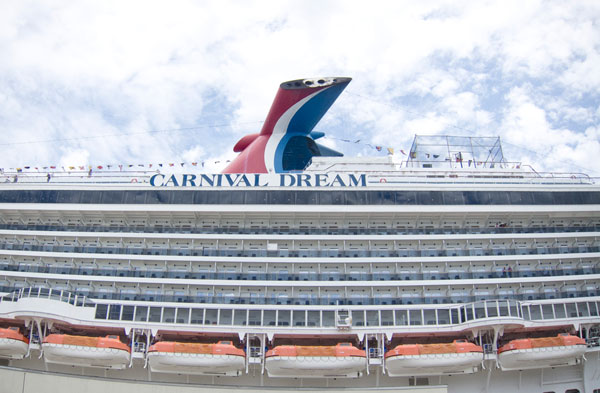 A seven night Western Caribbean Cruise aboard the Carnival Dream. Neither Matt nor I had ever cruised before and didn't really know what to expect. Everyone we knew raved about cruising. I will now vacillate between giving you a review of our cruise and a travelogue of our adventures.

Things you might not know:
1. We don't enjoy crowds.
2. We don't like feeling like tourists.
3. We fancy ourselves mild foodies.
4. We don't drink or smoke.
5. We don't gamble.

Seems like it might be a recipe for disaster, eh? Well, it's not all that bad, but I don't think we'll cruise again. At least not with Carnival. Having said that, we had a FANTASTIC TIME! But I completely attribute that to the company of my husband. 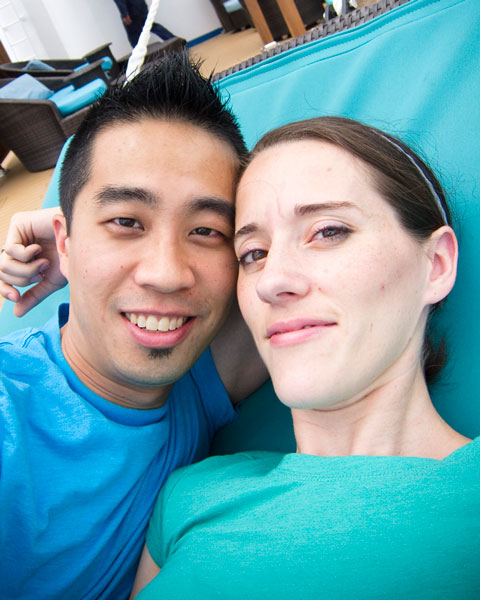 I like this guy. Also, I am very white. Yeesh! We purchased a new little point and shoot camera (a Canon S95) for the trip because I was not about to lug a huge camera around with me. It turned out to be a great choice and every picture you'll see was taken with it. 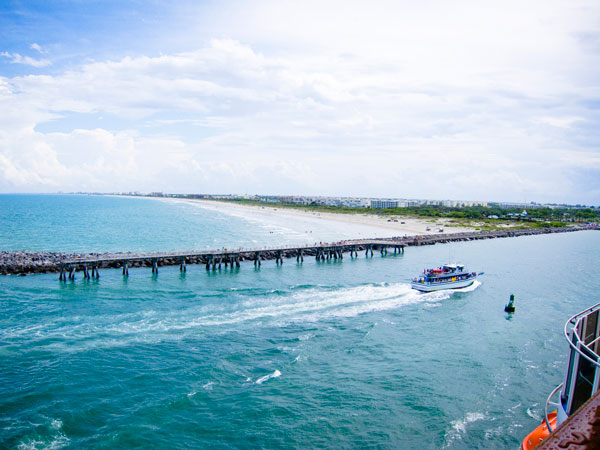 Saying goodbye to Florida! Suckas! This actually makes me laugh because, well, this looks like paradise to most people and I live there.

We are fairly certain that most people headed straight to the bar the moment they stepped on the boat. While we didn't witness any scenes of awful public drunkenness, there were A LOT of people walking around with alcohol. As early as 8am. Beer with your breakfast, much? 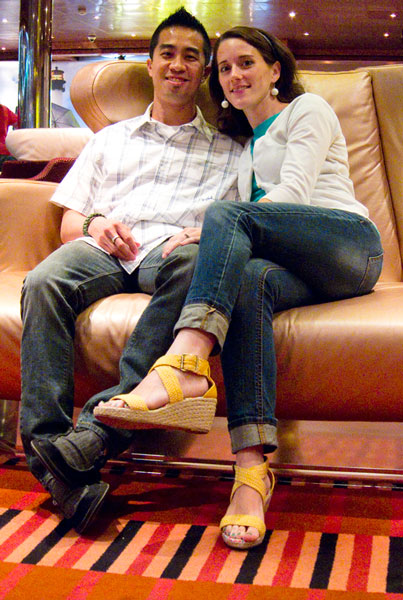 Food on the boat was was very... uh, American? For the most part. There was a Mongolian BBQ place and a really fantastic Tandoori Chicken and Fish. It really is like a week-long all you can eat buffet. But since the food was (to us) only a touch better than fast food for breakfast and lunch, it wasn't too much of a temptation for us. We did, however, splurge on the dessert buffets. Yeah. Mildly embarrassing. Lotsa dessert.

Dinner, however, was (again, for the most part) another story. We ate every night in the Main Dining Room. And the food was interesting and delicious. Again, the desserts were heavenly! 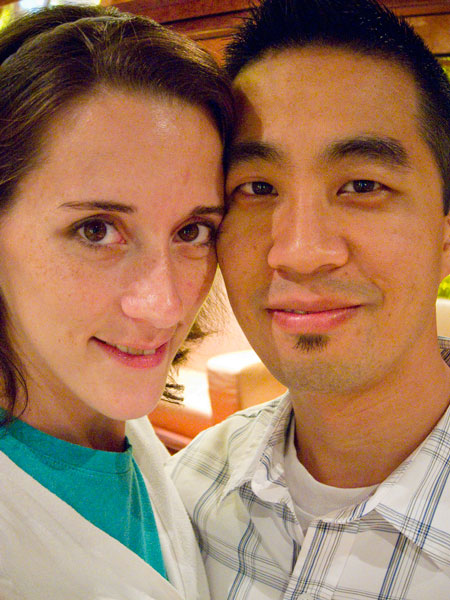 There will be a lot of pictures like the above one. You know. Hold out the camera?

We opted to splurge and get a balcony room. It was worth it. Gorgeous views like this? 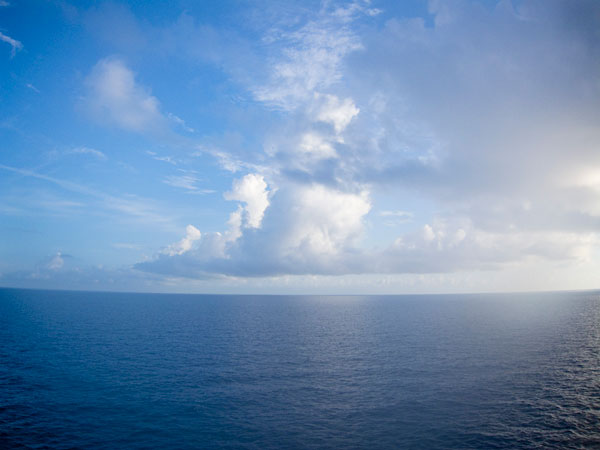 Every morning. Beautiful breezes. Sigh. This? I miss it.

There were two "Formal Nights" where you're supposed to get dressed up super fancy. Some people wore tuxes. Some people wore khakis. We were middle of the road. There were also photographers around EVERY SINGLE corner trying to lure you onto their cheesy background for a photograph. Pass. We didn't have a single one of those pictures taken. No way. 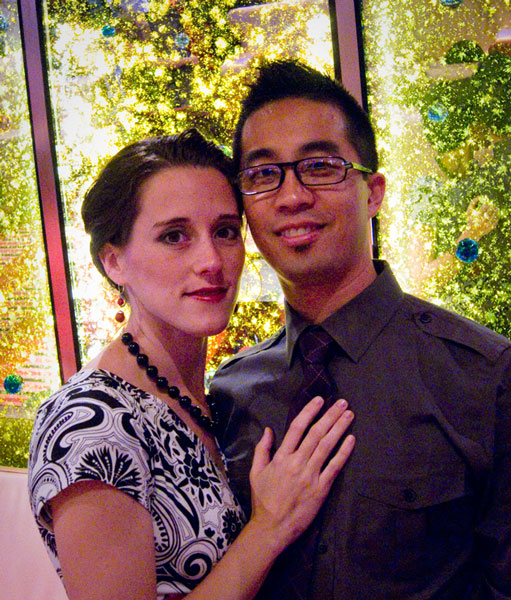 The first full day was spent entirely at sea. If you don't drink or gamble, there's always the duty-free shops. We did not go shopping. What did we do? Laid out up in the adults only section and read books. Went to the gym where I ran some and lifted some. Hung out and watched TV in our room. Explored the ship. And stressed.

Stressed? Yeah, see... the husband had heard that it was a big waste of money to book your excursions through Carnival. A simple thing like "going to the beach" becomes a $100 affair. So, his plan was to wait. Get off the boat, and then decide what to do. Did you know that I'm a bit of a control freak? Just wingin' it? Doesn't work well for me. So, Sunday evening I had a totally tearful breakdown wherein I confessed my fear that "we were headed all the way to another country with no plans and what if we didn't get to do the things we'd hoped for and ended up having a lousy time?"

Good thing I married a man who can talk me down. He assured me that it would work out. I'm so glad I have him.

Have I mentioned that I brought knitting? Because of course I did! 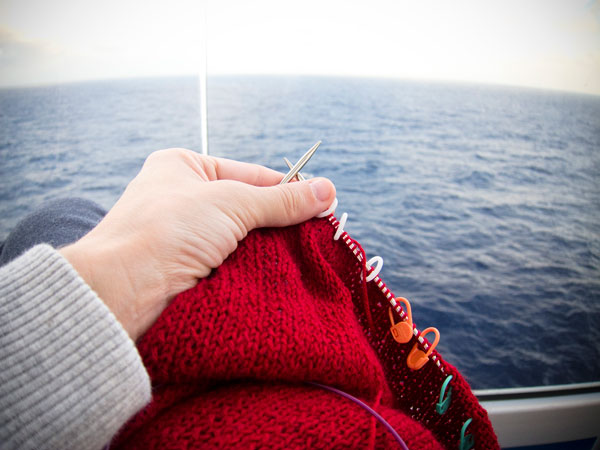 This is what it looks like when I knit in the middle of the Gulf of Mexico. 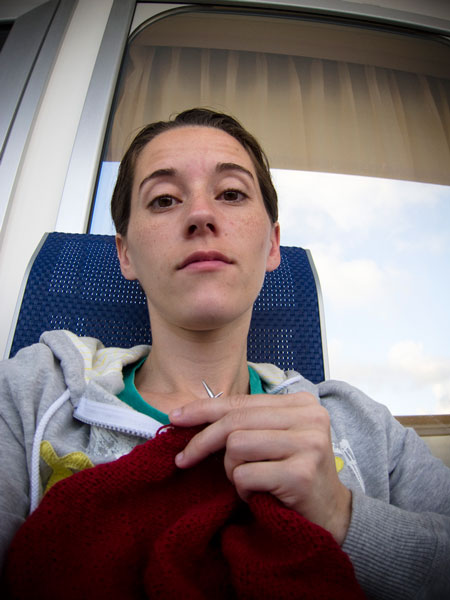 I'm fairly certain I made almost no progress on my project. Apparently my motto for the week was "Why knit when you can nap?" 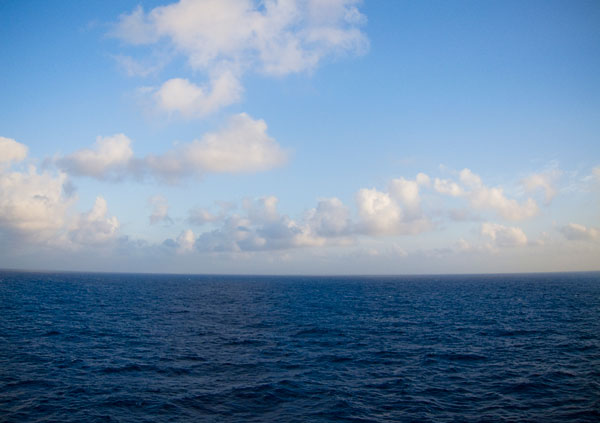 Yeah. I really liked the balcony. Which is funny since Matt spent almost no time out there with the exception of one failure of a breakfast. Their continental Stateroom Breakfast was less than tasty. We don't recommend it.

I'll be back tomorrow to discuss our first Port: Cozumel.
Posted by Alissa at 9:28 PM

1- Your yellow sandals are way cute.
2- You look great in the formal picture.
3- I also love the knitting in front of the ocean picture.
Can't wait for more.

lovely pictures. I highly recommend the Princess, Royal Caribbean and celebrity lines, definitely cruise again. We have never been in a balcony though, good for you.

We took a cruise from Venice throughout the Greek Isles and it was awesome. You can actually slip the seating guy some money and get a private table if you want to. Carnival is the party cruise and I have witnessed drunkeness at the point where people couldn't find their room. He he they deserve it!