So, Then THAT Happened

So, before the cruise we took in June, I had been working out with the end goal of:: I want to look hot in a swimsuit for the cruise! And I did! Or so the husband says. Admittedly, his point of view is skewed. So, when the cruise was over, so was my desire to workout. I knew I needed a new goal, ASAP. And so, the idea of a Triathlon was born. I know. It's crazy, right? I've never even run a 5k standalone race. Let alone Swimming and Biking before it. What kind of insane am I? 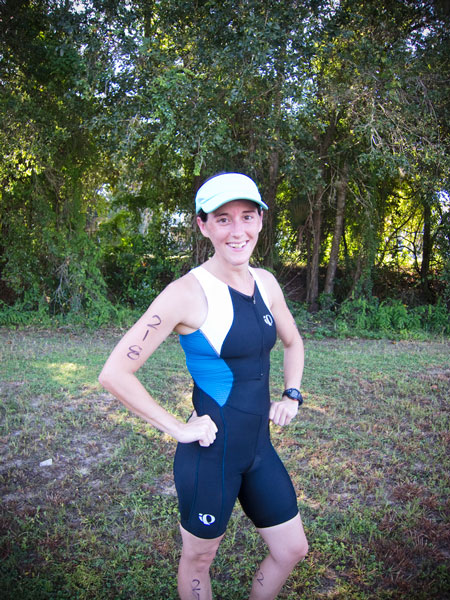 Just the right kind of insane, apparently. It was awesome! And I am hooked! There were times during training when I thought that there was no way I was going to be able to finish even the measly Sprint Triathlon (440 yard Swim, 10 mile bike, 3.1 mile run). For example: my first time in a pool when I couldn't swim more than 100 yds at a time. Fortunately, I picked that up pretty quickly and I now consider it my strongest leg. Or for example: after purchasing my bike with the clipless pedals and shoes, I quickly proceeded to crash with the bike (failure to unclip) four times in the first week. I was ready to give up. But I had an extremely encouraging husband and a good friend, Dave, who would also be doing the triathlon with me.  They kept me motivated. I not only finished the triathlon, but I came in 8th in my age group. 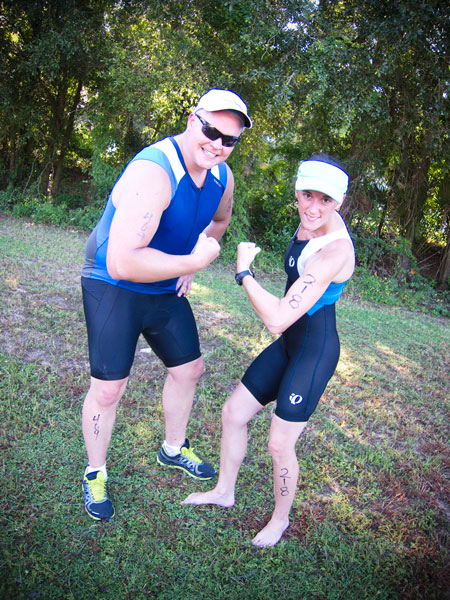 Next up: train for an Olympic Distance Triathlon to be completed next spring. I just wish this sport were cheaper (anyone want to sponsor a mediocre mother of five?).
Posted by Alissa at 2:48 PM

That is awesome. I run my first Half Marathon this month, but I think I am more of a 10K girl...but I would really like to try a Triathlon. I'm just kind of a lame swimmer.

You rock though. That is totally awesome that you came in 8th. Kudos and all that.

Umm.. Are you sure you had five kids?? Still hard to believe you and MAtt are parents of fivE!

Congrats! what an accomplishment.