I'm having some camera/histogram frustrations lately. Mostly its just about me being incredibly nitpicky. Sigh.

My girls are totally obsessed with The Little Mermaid. TOTALLY. OBSESSED. Most of their make-believe play lately is one of them being Eric, the other Ariel. Sometimes, instead of Eric, they throw in Ursula.

If you ask either of them what a mermaid says, the answer is "Ahhhahahahaaaahaaaah..." (you know, the scene where she sings to have her voice stolen.) 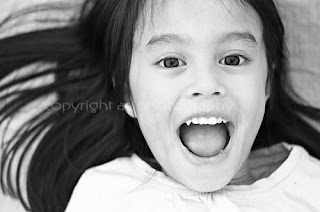 Love the picture of your daughter! My girl is very into Disney princess too. She keeps talking about Cinderella, Belle and Little Mermaid.

P.S. Would you mind adding me to your 365er list? http://carmencphoto.typepad.com/photo_a_day.