I know that alot of people get started on their Halloween costumes way early. But with Anna's birthday being so close to Halloween, I try not to think about anything Halloween related before we celebrate her birthday. It keeps me organized and focused on one thing at a time.

So, we finalized our Halloween Costume decisions about 10 days ago. Which put me into a frantic search for all the right parts and pieces. I have to admit that I'm pretty darn proud of myself. I made Miles's costume completely from scratch... no pattern. (A big shout-out to my Mom who walked me through the pants.) And everyone came out looking fairly well like what they were supposed to.

A rundown. With picture reference because I'm sure quite a few of you will have no idea who our obscure costumes are supposed to be... we like it that way.

First up:
Anna - She waivered back and forth so wildly until finally settling on "cowgirl." I couldn't have been happier. We had most everything to pull that off, but I didn't want her feeling slighted by not having any special mom-touches. So. I added some white felt fringe to the bottom of the skirt she picked out. I made her a pink lasso out of braided yarn, and I glued ribbon onto her cowboy, er... girl hat.

As you can see, she wasn't really pleased during this picture. It's because she wanted me to take this picture first:

And a fun close-up of the boots/lasso/fringe.

Next up was Miles. He insisted for the longest time that he wanted to be a "bad guy from StarWarstheCloneWars." Yes, that's how he says it. Considering that he's never seen it, or any of the other Star Wars franchised movies, etc we were a bit baffled. Good job Lucasfilm marketing geniuses. We managed to sway him to dress as something more interesting, albeit obscure. 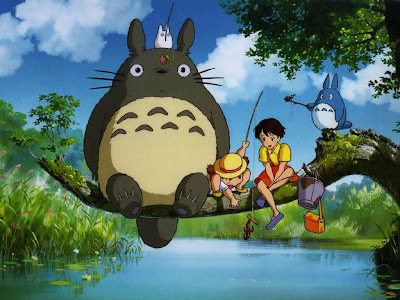 And well, here's what you get.

And you'll never believe it, but he did actually get recognized a couple of times. But only at Matt's work (aka Nerd Kingdom).

A better shot of the hat, which slayed me.

Next up: Abbie.
Do you watch PBS? Or your kids? If you do, you might know Word Girl. 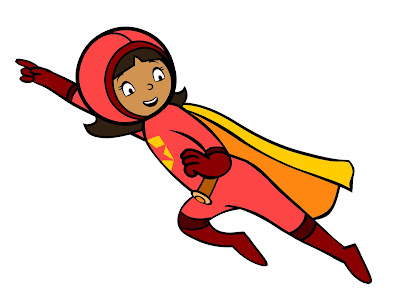 And yes. She loves words.

You will not believe how hard I tried to find maroon gloves for kids. (That didn't have to be shipped to me.)

She really loved her costume. And again, a rather obscure costume, but she was actually recognized several times. But never by adults. Other kids LOVED her.

And you may not know this, but Word Girl has a sidekick.

Freaking riot, I tell you. Not a single person knew who he was, but that was fine with us. He was making us giggle ALL NIGHT LONG. Especially with that ridiculous antenna, which I couldn't quite make look like an antenna, and not a horn.

But seriously. Hilarious.
And finally, Matt & I.

LOVE them! Your cowgirl was significantly better then my cowgirls. Good job on the costumes!

oh i am so impressed.

i LOVE all the costumes, you ROCK! it's so awesome that abbie chose to be word girl :)

You are simply amazing!! Your costumes are so original. I love the fact you don't go to the usual Halloween fare of witches and goblins. You and Jen always loved to make your costumes, and did so with no extra stuff I had to buy. You and Jen truly have a talent for this. Love, Mom

Love them! I recognize Anna's skirt as being from TCP. We owned it in like 3 different colors b/c it was so cheap. Abbie appears to be taking her job as Word Girl very seriously. Miles's hat is HILAIRE. And Lucas is flippin' cute. Part of the fun of having a baby w/no Halloween opinion is making them wear something funny.

Seriously awesome. I just showed the boys, and they were way impressed. Word Girl is a favorite around here. :)

My daughter was word girl last year, but your costume looks much better than my thrown together one. (plus her outfit was orange with red "boots" and gloves.) And no one knew who she was. lol

You did a great job! I love Captain Huggiepants!

love them ALL! And I was dying watching the little clip (I was imagining Lucas performing that on the porches). Excellent work, my friend.

Oh my heavens...I love love LOVE Totoro. That costume is phenomenal! And Word Girl is a favorite around here. We watch it every day at lunch time. I love the huggyface costume. I wish my children would chose obscure things. Then again, I wish I could sew costumes at all. The best I did was a ghost a few years ago and the eye holes weren't even the same size.

Dude, Totoro RULES! In fact I need to get that for Zach soon!

Totoro! What an awesome idea! All of their costumes look great!

The costumes are great and very cute pics!

LOLOL those are GREAT costumes! Great job! The photos are beautiful too btw :D

Wow! You know what? You can put up a costume store make a business out of your talent! Those costumes are so good! You are awesome!

Mine is up here! Do visit if you have time.

You're so creative, I love seeing everyone's costumes.

Alissa, what you not only take amazing photos you make amazingly creative costumes? Pretty much you are a rock star. I love your blog by the way-I've been meaning to say thanks for finding me. You have a beautiful family.