We didn't do that much at my parents... it's the reason we go there... the ability to lay around the house all day and not feel one bit guilty about it. Yes, we like that.

We did get out one day and took the kids to Hershey's Chocolate World. I have no pictures. It is just about THAT awesome. It's a pseudo-tour through Hershey's Fake Chocolate Factory. It smells good and it's a nice opportunity to sit down. You get free chocolate at the end. Meh. It was fine. I'm sure the kids enjoyed it. I know that I did as a child.

The only other thing we did as a family while at my parents' house was take the kids to the BEST PARK EVER. First, you must understand. It was HOT. My parents do not have central air conditioning. Hence, the need for some water fun. 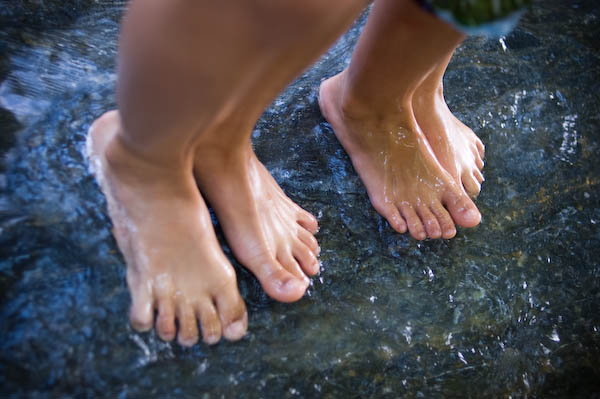 It was probably 10 degrees (at least) cooler by the water. And the water itself was refreshingly (near bitter) cold. 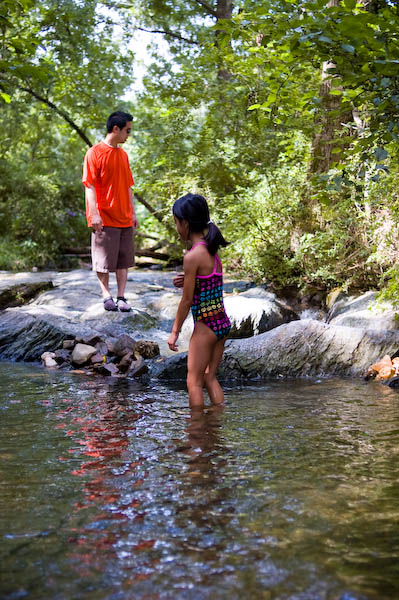 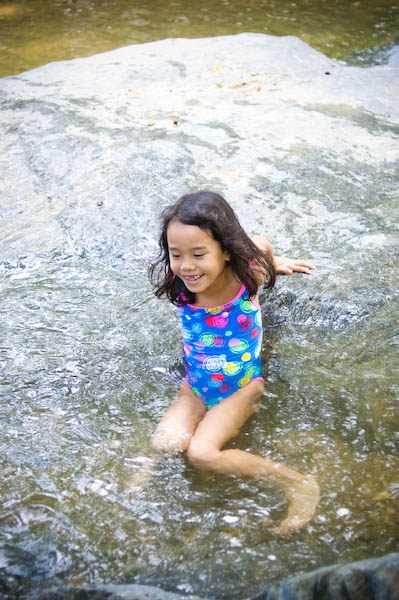 But as you can see, the kids didn't really have any trouble just jumping right in despite the frigid water. 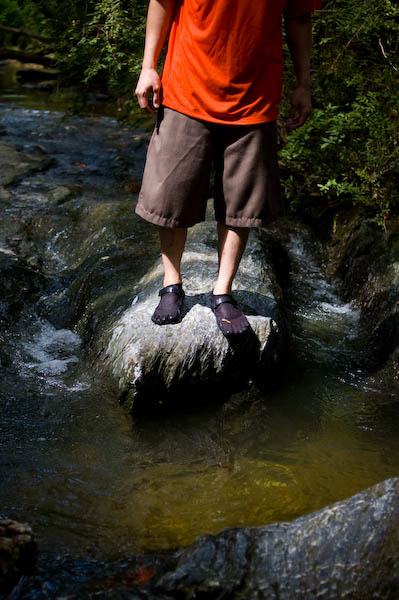 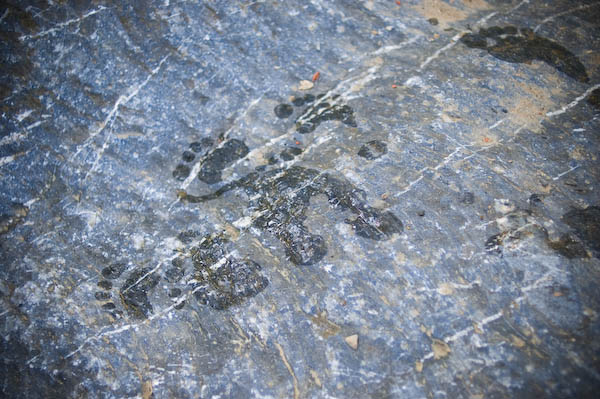 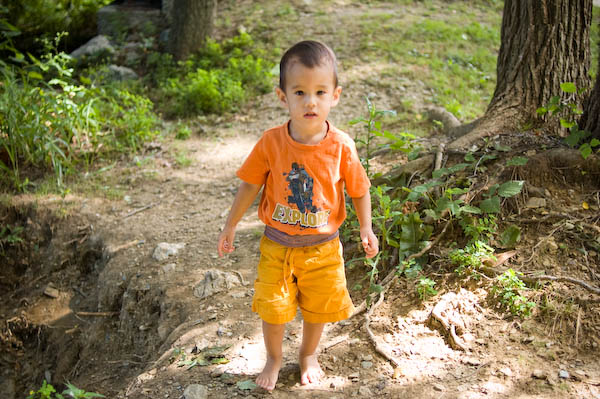 Lucas wasn't so sure about the water at first. He was more interested in the playground which is nearby. 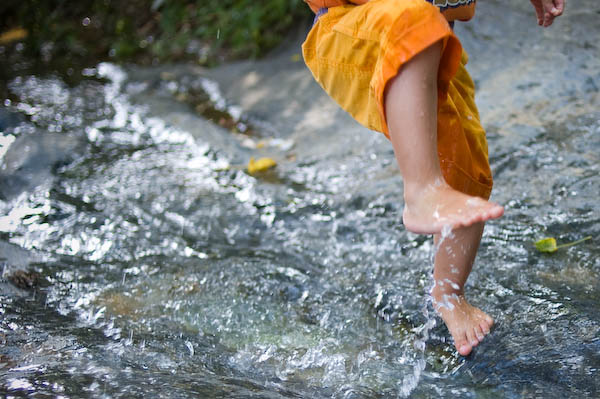 But don't worry. The lure of all that splashing won him over. 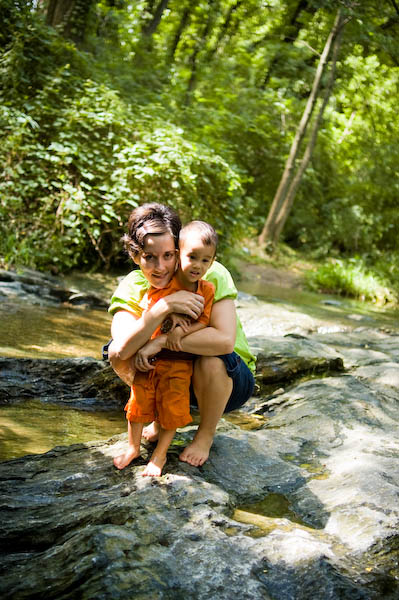 I'm the lucky soul who got to follow him around and prevent him from drowning. Which I had to do on more than one occasion. Yes, he was soaked head to toe and I loved having thigh-high wet pants to wear home. 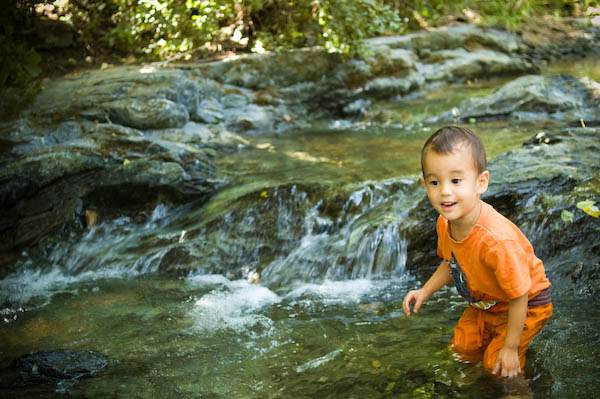 Where was Libby during all this? 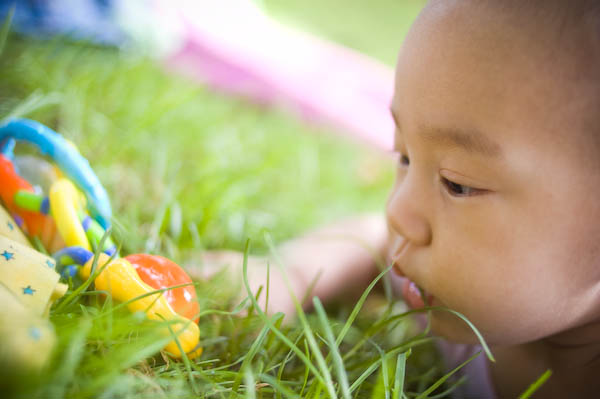 Eating grass. Not even kidding.
Posted by Alissa at 9:12 PM

We LOVE that park too. I can't help but think of the last time I was there when Tab decided he had to pee so he dropped his drawers in front of about a dozen people and peed on the bank. I just kind of looked around and said, "geez, who's kid is that?"

I have been wanting a pair of five fingers. how does he like them?

I love that photo of Lucas's feet mid-splash!

Five Fingers are great, I love wearing them around town. I've been trying to run in them, which is a bit tougher to get used to...they were perfect at the creek because that's what they were originally designed for - creek exploration! that or kayaking...

We just moved to PA, we live about 30 min from Hersey :) Whats the name of the park you went to? I don't really know what there is around here. Thanks!