Next week is Spring Break here. Of course, that means it is summer weather here in sunny Florida.

We're going to try to make it to the beach, and we have a couple of other things planned. I believer, however, that it will be a typical summer like week with bike riding, chalk drawing, and water play. My kids have recently added kickball and street hockey (two actual hockey sticks and some brooms with a volleyball) to their arsenal of outdoor games.

Last week the kids discovered a kite I'd purchased on clearance up to two years ago (I don't remember buying it.) We kept telling them that they couldn't play with it anywhere close to the house because we have a lot of trees and more troubling... power lines. Of course, if your children are like mine, you know that they didn't listen to me. They assembled the thing and having lost the string thingy, grabbed some of my yarn (fortunately for them, it was some I didn't care about). 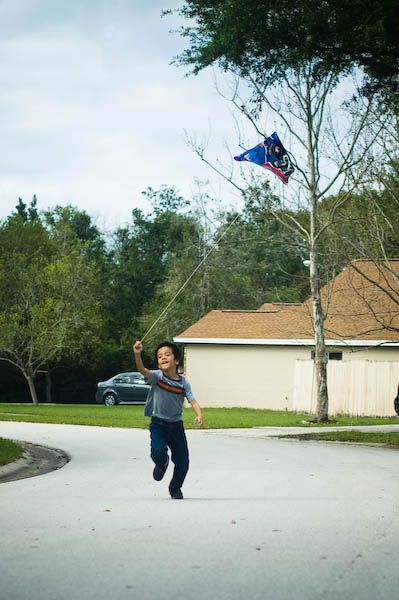 And I couldn't help but be so proud. They found a solution that worked for them and solved my concerns. 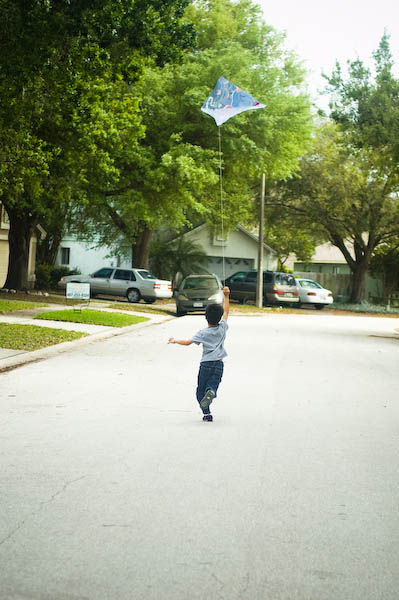 Plus, running up and down the street in order to get your kite 10 feet in the air burns off quite a lot of energy. Create your own wind, kids! Which, as you can imagine, pleases me greatly for as soon as their heads hit the pillow, they were gone! 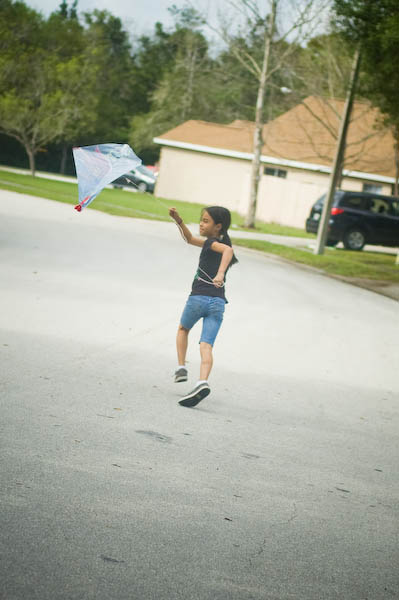 They did figure out a way to pull it slightly easier. Which also made me proud. Necessity being the mother of invention lead them to a one handed bike ride.  Even better is that the little cheapie (less than a dollar) kite has entertained the entire group of neighborhood kids for a couple of days and it's holding up rather well. Money well spent. I'm contemplating buying another to have in reserve in case of emergency.
Posted by Alissa at 9:41 PM