After two amazing adult only vacations this summer, the husband and I (okay, probably mostly me) were feeling major guilt over having done virtually nothing for or with our children this summer. Unless you count yelling at them to clean up after themselves, I'm not sure why that doesn't count.

We managed to finagle a decent price to stay down at Disney's new Art of Animation Resort for two nights. It's so new that we were the very first people to stay in our particular hotel room. Awesome, right?

Here's the part where I tell you that we did not have plans to take the kids into any of the theme parks. For our family alone, it would cost upwards of $400 for a single day pass. Nah...

We figured that the Resort itself has enough fun stuff going on that we wouldn't have any problem filling our time. If we got bored, we'd head over to Downtown Disney (Free Disney!). Our poor children. Someday they'll realize how cheap their parents were and need therapy.  We can use all that money we saved by not taking them to Disneyworld! Everybody wins! 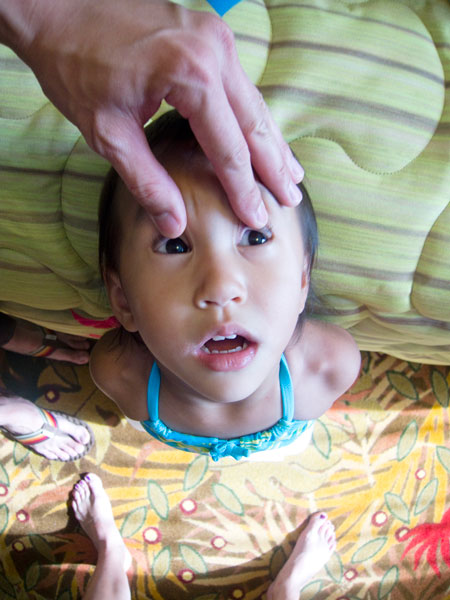 Uhm. This probably isn't the best place to start. We were just being weird. 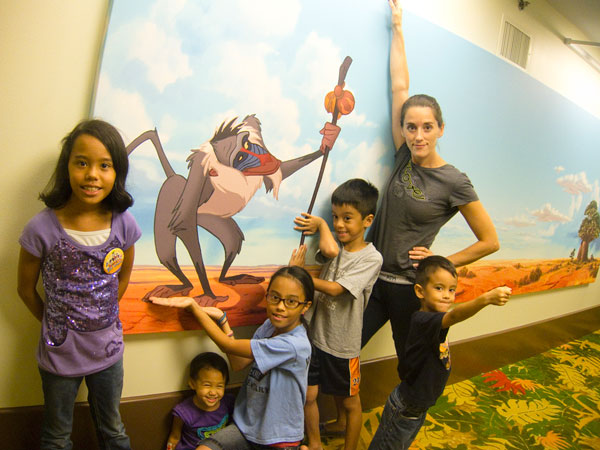 This resort was probably the best decorated one I've been to. It was as if they dropped you into the movies themselves. The rooms (which I didn't take any pictures of) are awesome! We stayed in the Lion King suites, but they have Cars, Finding Nemo and The Little Mermaid areas as well (The Little Mermaid area wasn't yet open when we stayed there). And yes, every room is a suite which can sleep 6 adults (or 5 kids and 2 adults in our case) and has a kitchenette and two bathrooms. 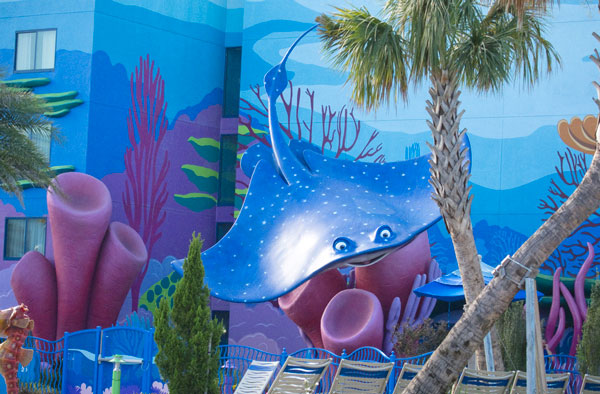 They had a humongous Mr. Ray. 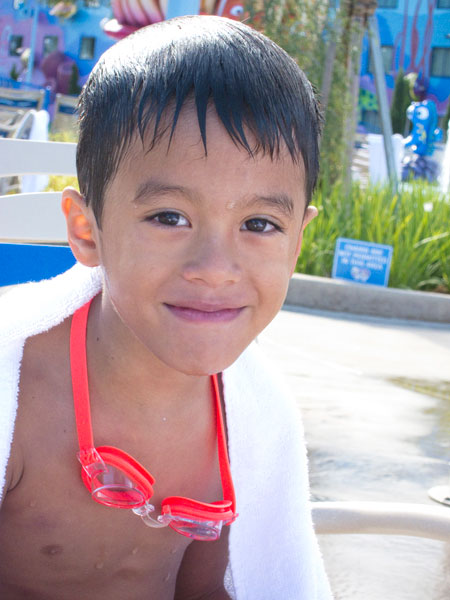 This resort features the largest pool on Disney property (or so they say). We took the kids on over. It was fantastic. One of my favorite parts was that they developed special underwater speakers and the music playing underwater is totally different than that playing above the water. The pool staff even provide life jackets for non-swimmers. We had a blast. The only downside is that being in Florida we end up with a bunch of random short thunderstorms so the pools close frequently. 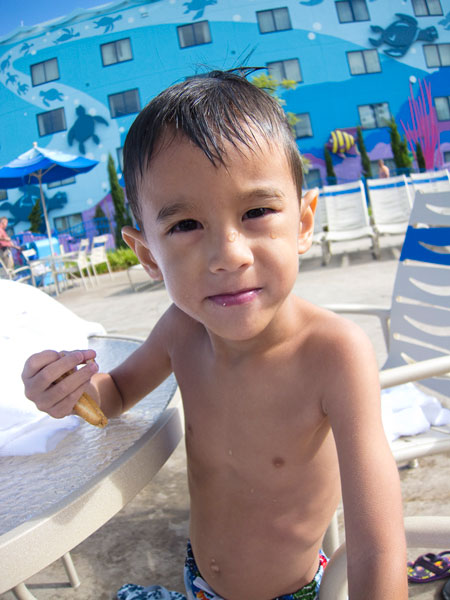 Lucas is starting to be slightly more manageable. Slightly. I strongly attribute it to the fact that he started PRESCHOOL! (Insert video of me jumping up and down.) 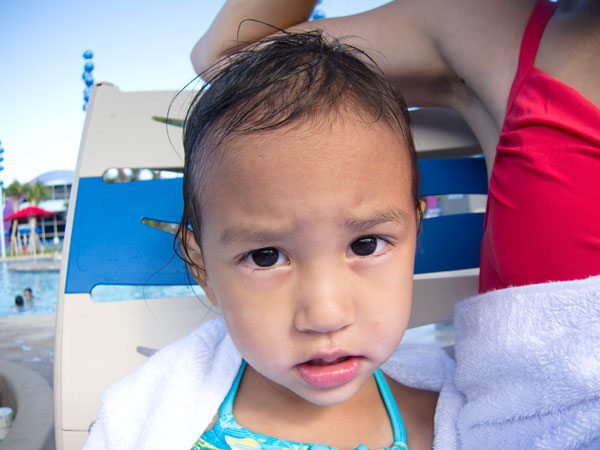 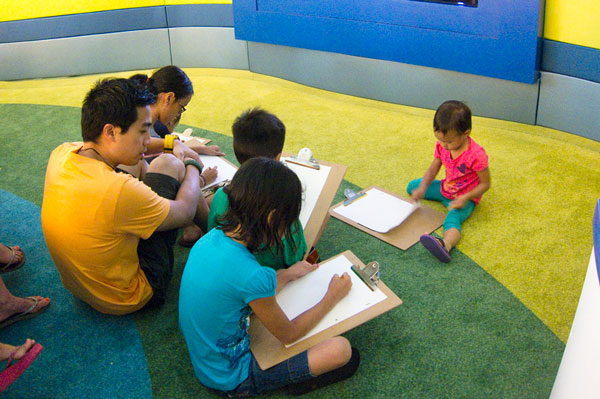 One of the great things about Disney Resorts is that they have quite a few programs running at all times to keep the kids busy/entertained. For example, we took the kids to this Learn To Draw class. They had an animator sitting there teaching the kids to draw Mickey. My kids ate it up. Except Libby who threw a tantrum. (Repeat ad nauseum.) 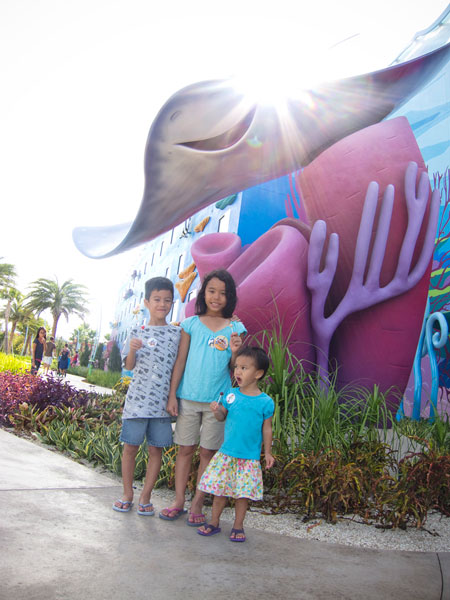 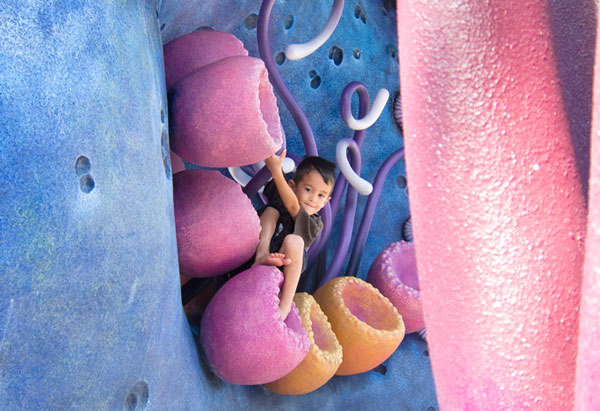 This is probably my favorite picture of Lucas, ever. It's taken on one of their "playgrounds". 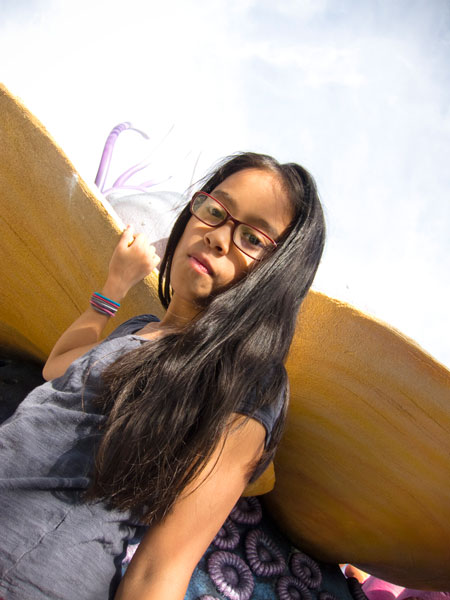 Um. Yeah. Abbie, at almost 11, thinks she is way too mature for playing. Please notice the glasses (it's only a matter of time and they'll all be wearing them) and the incredibly long hair. Whoa. 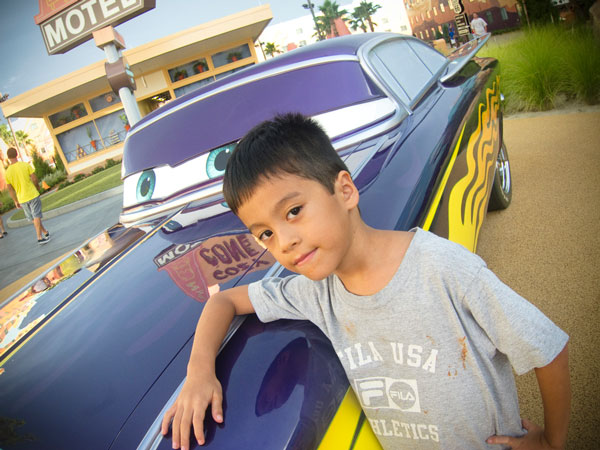 Fortunately, Miles and Lucas are still young enough to think posing with a car is still awesomesauce. 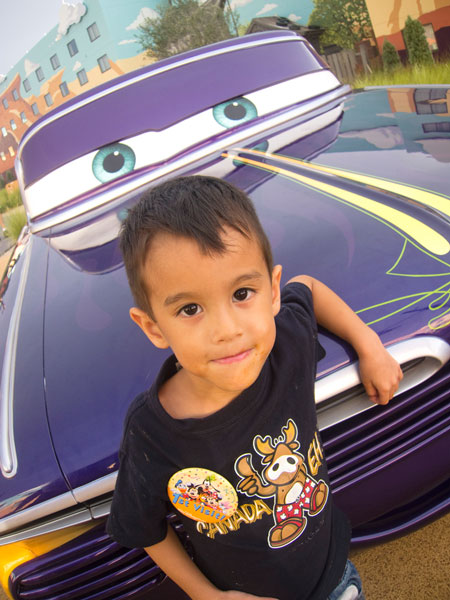 And I'm not sure what was up with Libby but in every single picture we took that weekend, she was making some approximation of this face. 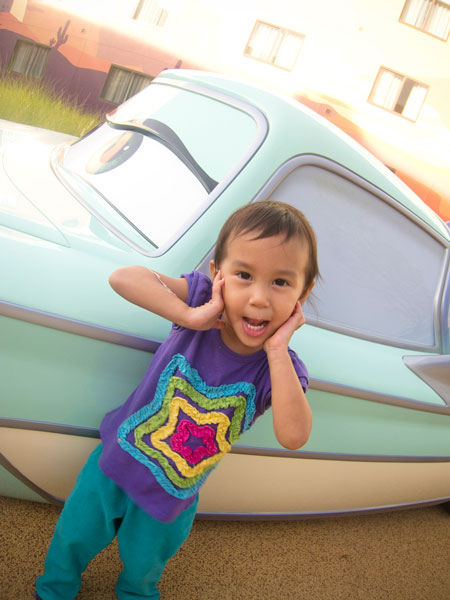 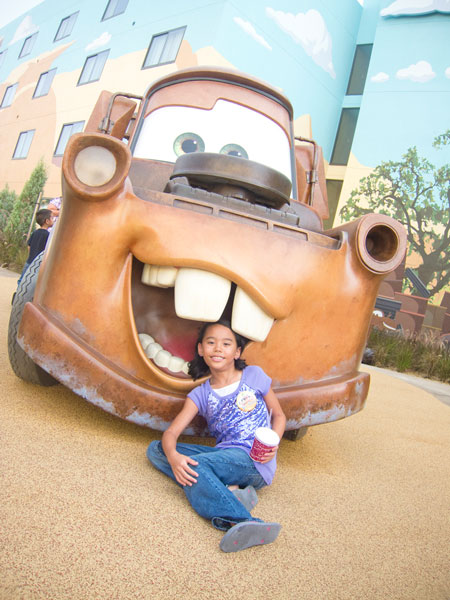 There were TONS of these sculptures everywhere. 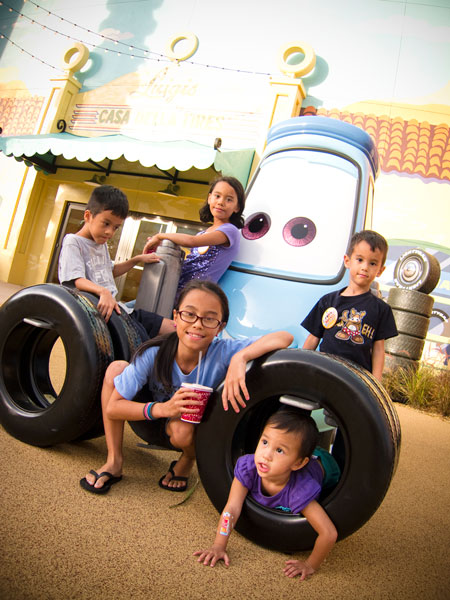 I totally love this picture of all of my kids. Even though Miles can't be bothered to stop whatever pretend world he was playing in. 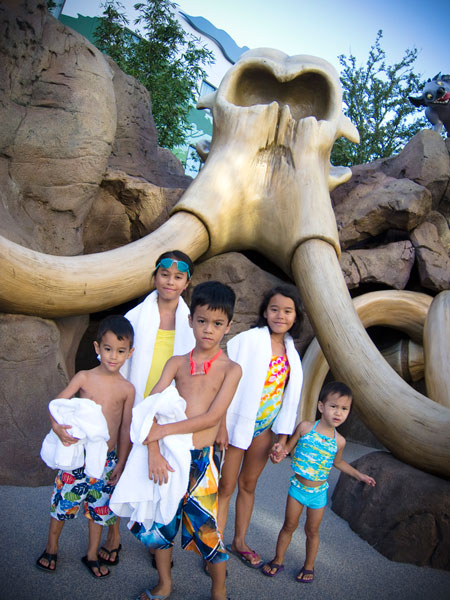 And another of the whole crew. I think we had great success. The kids had fun. The adults didn't kill anyone. Yeah, we call that success.

wow, abbie's hair is really that long already? looks like a fun place to stay!

Looks so fun, thanks for sharing