What do you get when you have one father who works for a very large (unnamed) video game producer multiplied by one mother who can't quit crafting?

Add in one old Tshirt with the aforementioned company's logo on it.

Divide by this FABULOUS tutorial by my awesome friend Sabra. 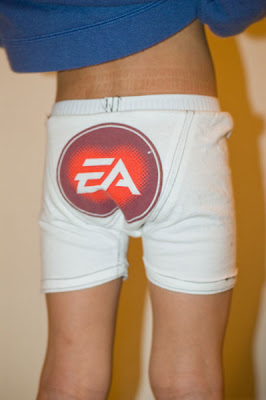 The dang cutest pair of boxer briefs this side of the Mississippi.
(My son will kill me later in life.)

He wore them today and I made him pull down his pants to show his underwear to no less than three people (not strangers, I promise!). 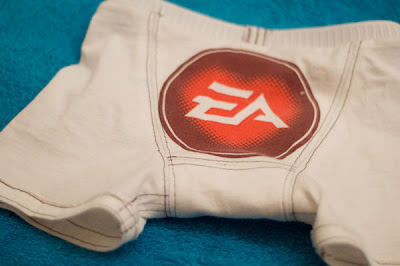 I really can't say enough good about this tutorial. It was so easy to follow and it made me feel like an expert seamstress at the end. And I've never even sewn with knits before. 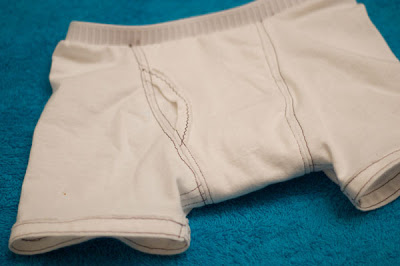 I made a second pair tonight and they took about 45 minutes start to finish. LOVE.

I feel like I need to make a disclaimer. No, we aren't so broke that my son has no underwear and I need to be making him them out of old ratty tshirts. But, if you'd like to send money, I can send you my address...
Posted by Alissa at 3:00 PM

i saw the original post on this and thought that was adorable! but i was afriad of sewing with knits. guess i shouldnt be!

I think that is called cruel and unusual punishment! I do love the boxers, however!

you have no idea how much your "seal of approval" means to me, Liss! And I totally make S show friends and family his homemade drawers, too!

I love it. I am so totally making some of these.

My son said he needs these!! LOL! Looks like I'll be truning into an underwear factory this week!